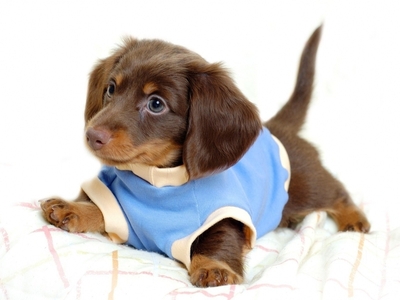 DHLPP, FVRCP, BORD-PI, RV, DA2PPC….. Ever wonder what all those letters on your pet’s receipt after an annual vaccine visit mean? What diseases are your pets being vaccinated for anyway? Are all vaccines needed every year for every pet no matter what?

Before I was a veterinarian, I remember dutifully taking my dogs and cats into my vet every year for “shots”. The receipt always had an alphabet soup list of letters that showed what vaccines were administered. But I never really understood what was given or why.

The American Animal Hospital Association (AAHA) has developed comprehensive canine vaccine guidelines that allow veterinarians across the county to be consistent and provide the best preventative care. Vaccines are divided into “core”, optional or “noncore”, and “not generally recommended”.

Core Vaccines are recommended for all puppies and dogs. There are four core vaccines: Rabies, Canine Distemper Virus, Canine Parvovirus and Canine Adenovirus-2.

Most of us have heard of rabies, especially in wild animals such as bats, raccoons, foxes and skunks. This virus is of paricular importance because of the serious risk it represents to people, as well as to pets. Affected animals often show erratic behavior, anxiety, restlessness or aggression. The virus is most commonly transmitted by the bite of an infected animal. Humans who are bitten by a rabid animal and do not receive prompt treatment typically die from respiratory failure within 7 days after symptoms begin. Unvaccinated dogs and cats that are bitten are often euthanized. There are Rabies vaccines available that protect for 1 year or for 3 years, but local ordinances may require annual revaccination.

Canine Distemper Virus is highly contagious and can cause illness in dogs, as well as other animals such as roccoons, ferrets and skunks. The virus affects multiple organ systems, including respiratory, gastrointestinal and neurologic. Since many systems may be involved, clinical signs may vary. Common symptoms include vomiting, diarrhea, a thick yellow discharge from the eyes and nose, and coughing. Tremors and seizures may also develop and, if the dog recovers, occur life-long. However, there is no specific cure for this virus and often the disease is fatal. After the initial puppy series of Distemper vaccinations and first adult booster, most formulations of this vaccine provide protection for 3 years. This vaccine is the letter “D” in the canine vaccination alphabet soup.

The third core vaccine is Canine Parvovirus. Canine parvoviral infection is one of the most common and severe infectious diseases of dogs – the one I most commonly see in my practice. It can cause life-threatening damage to your pet’s intestinal tract and immune system. This virus is extremely contagious and strikes rapidly. Signs of “Parvo” include vomiting, diarrhea (often bloody), lack of appetite, fever, and lethargy. This virus may be fatal even with aggressive medical treatment. Just like Distemper, a full puppy series of Parvovirus vaccinations followed by an adult booster one year later is needed. After that time, revaccination every 3 years is considered protective. As you may have guessed, this vaccine is often abbreviated with just a “P” in the pet record.

Canine Adenovirus-2 is the final core vaccine recommended for all puppies and dogs. This virus is also known as the hepatitis virus. Therefore, it may be noted by either “A”, “A2” or “H” in the alphabet soup. Infected animals shed the virus in urine and the secretions from the eyes and nose. Dogs become infected by exposure to these fluids. Signs may be mild such as fever, decreased appetite and energy, or may be severe and include vomiting, diarrhea, swelling under the skin of the head and neck. Respiratory symptoms of coughing and dischard from the eyes and nose may also be present. Severe cases are often fatal. AAHA vaccination recommendations for this virus are the same as for Distemper and Parvo viruses.

Whew! We covered quite a few letters in this blog. We will dive further into the vaccine alphabet soup in Part 2.